THE QUESTIONS OF MORMONS, JEHOVAH’S WITNESSES, AND OTHERS: “What have people claimed that God told them through angels or visions?”

There are many other faiths that call themselves the true Christians, distinct from and more enlightened than orthodox Christianity, which considers them to be cults. These faiths supplement the Bible with additional, private revelations with which their teachers claim both to rescue the followers from false doctrine and to clarify who Jesus Christ really was. Here is a very brief summary of three such faiths—Jehovah’s Witnesses, Christian Scientists, and Mormons—given as examples of how religious leaders continue to lay claim to secret revelations which give them authority to reinterpret the Bible.

Mormons. The Mormon Church, more properly called the Church of Jesus Christ of Later-day Saints, supplements the Bible with three other books in its canon of authoritative Scripture (the “Four Standard Works” they call them): Doctrine and Covenants, The Pearl of Great Price, and the initial volume, The Book of Mormon. Joseph Smith, the founder of Mormonism, said The Book of Mormon was a translation of golden plates which the angel Moroni showed him were buried in a hill near his home in Palmyra, New York, in 1827. 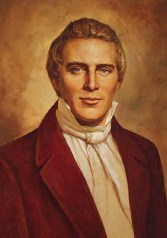 Joseph Smith founded Mormonism in the early 1800’s based entirely upon what he said two angels told him.

Moroni also showed him “two stones in sliver bowls” that joined together to form a large pair of spectacles that Smith used to translate the plates, which he said were engraved by a pre-Columbian prophet-historian, named Mormon, from an early American civilization. Smith said that after he dictated the translation he returned the plates to Moroni, but he also obtained signed affidavits from eleven witnesses who said they saw the plates either physically or in a vision.

What do Mormons teach about Jesus Christ that differs from the Bible? That he was the spirit-brother of Satan and involved in sibling rivalry. When God put forth a plan of salvation for the world, Lucifer offered his own plan. God chose Jesus, who accepted the Father’s plan and offered to implement it as savior. He was rewarded for his faithfulness by becoming the ruler of this earth. He was also a polygamist with three wives, and one of many gods. As Parley P. Pratt, one of Smiths twelve appointed Apostles* put it, “Each of these gods, including Jesus Christ and his Father, being in possession of not merely an organized spirit, but a glorious body of flesh and bones.” (Key to the Science of Theology. Parley P. Pratt. 1855. pp. 44 [1973 ed.])

Jehovah’s Witnesses. The religion that came to be known as Jehovah’s witnesses was started by Charles Taze Russell in the late 19th century. He taught that Jesus was a second god with a mysterious angelic background. As his followers wrote years later, “The true Scriptures speak of God’s Son, the Word, as ‘a god.’ He is a ‘mighty god,’ but not the Almighty God, who is Jehovah.” (The Truth Shall Make You Free, Brooklyn: Watchtower Bible and Tract Society. 1943. pp. 47.) 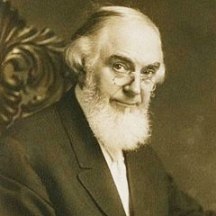 Charles Taze Russell founded the Jehovah’s Witnesses based upon mysterious insight given to him through “a second presence of Christ” in the late 1800’s.

Jehovah’s Witnesses have many other doctrines which differ from orthodox Christianity, but they all rest on this primary one concerning the nature and identity of Christ.
What is this teaching based upon? They mysterious insight given to Charles Russell at an even more mysterious secondary presence of Christ that Russell said began in the late nineteenth century. As his successor, Joseph Rutherford wrote in his book Creation, “The second presence of Christ dates from about 1874. From that time forward many of the truths long obscured by the enemy began to be restored to the honest Christian.” (Quoted from The Kingdom of the Cults, by Walter Martin, edited by Ravi Zacharias. Pp. 61.)

Christian Science. After feeling miraculously recovered from a severe spinal injury in 1866, a woman named Mary Baker Eddy devoted her life to what she considered the discovery of Christian Science. “I then withdrew from society about three years,” she wrote in her autobiography, Retrospection and Introspection, “to ponder my mission, to search 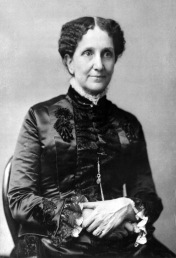 Mary Baker Eddy founded Christian Science in the late 1800’s after she said she discovered “the Science of Mind” and “the Great Curative Principle.”

the Scriptures, to find the Science of Mind that should take the things of God and show them to the creature, and reveal the great curative Principle—Deity.” (Retrospection and Inspection. Mary Baker Eddy. pp. 24-25.)

In 1879 she founded the Church of Christ, Scientist. Among the things she was to reveal on her mission, of particular concern to orthodox Christians was her denial—though foggy—of the deity of Christ. “The Christian who believes in the First Commandment is a monotheist. Thus he virtually unites with the Jew’s belief in one God and recognizes that Jesus Christ is not God as Jesus Christ himself declared, but is the Son of God.” (Science And Health, With Key To The Scriptures. Mary Baker Eddy. 1875, revised through 1910. pp. 152.) Later she somewhat clarified her teaching: “The spiritual Christ was infallible; Jesus, as material manhood, was not Christ.” (Miscellaneous Writings, 1883-1896. Mary Baker Eddy. pp. 84.)

Many others. There have been and still are many other claims to new divine revelations about who Jesus was and what he did. In the past half century religious leaders such as Jim Jones, David Koresh, and Shoko Asahara have all offered new teachings. In every case these teachings are based, as always, in private, mysterious encounters with the divine.